Kranjska Gora is, not without reason, one of the most popular tourist destinations in Slovenia. The wide range of sporting activities on offer will ensure that you won’t get bored during holidays. This does not mean that a visit to Kranjska Gora is intended for athletes only – it’s possible to spend a leisure holiday with excursions into the beautiful surroundings, easy exploration of natural and cultural heritage, walks and a expansive range of wellness services. It’s also possible to enjoy everything else that a tourist destination such as Kranjska Gora offers to its visitors – socializing in local inns and restaurants, entertainment in casinos, visiting a variety of events …

Are you worried that your youngsters might find Kranjska Gora boring? There’s absolutely no need to worry about that, all sorts of activities are ready for them to enjoy at all seasons of the year. 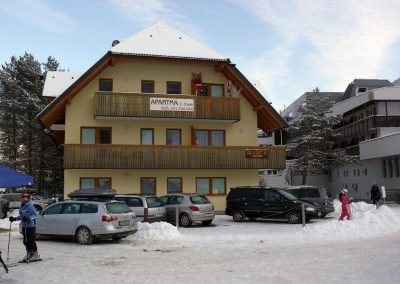 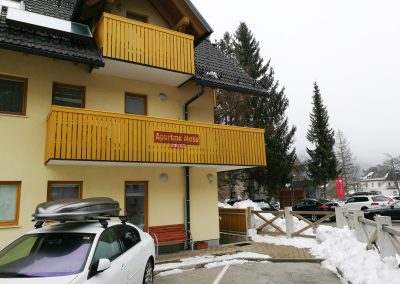 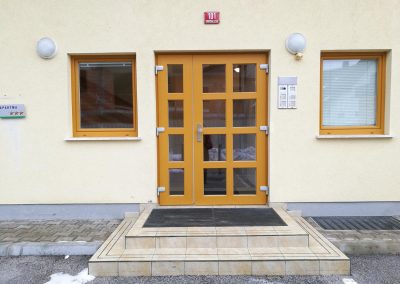 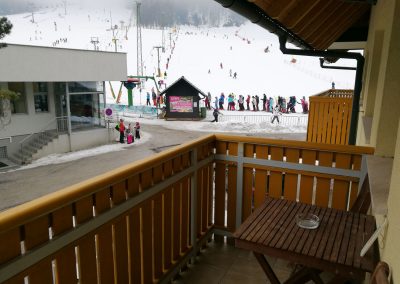 Apartment Masa is situated on the first floor of the apartment building, located directly next to the skiing slopes of Kranjska Gora and neighboring hotel Larix. The apartment is perfect for skiers due to the proximity of the skiing facilities during winter season, while it’s ideal for lovers of biking, hiking, fly fishing and other sports during warmer periods of the year. It will also satisfy all needs of the visitors that come to Kranjska Gora for some leisure in this wonderful alpine town. Every season of the year in Kranjska Gora has its own charm…

Being located close to the center of the town makes the apartment very comfortable for your daily trips to nearby stores, shops, post office or to the bank, as well as to visit and see everything that Kranjska Gora offers to its visitors.

The apartment best suits an adult couple, but a family will spend their holidays without any problems and just as comfortable.

If you’re already in mainland Slovenia, use the main regional road by following signs for Kranj, then Jesenice, then Kranjska Gora. If you’re in the western part of Slovenia, use regional road via Bovec, but check conditions of this road first since it’s usually closed during winter due to high snow. If you’re arriving from Italy you’ll be arriving to Kranjska Gora via Tarvisio, while if you’re arriving from Austria you’ll either use mountain pass Wurzenpass (often closed during winter so check conditions first) or Karavanke tunnel.

Apartment is located right by central ski slopes of Kranjska Gora and Larix hotel. If you’re arriving by regional road from Ljubljana direction, take the second exit for Kranjska Gora (or first exit if you’re arriving from Italy), drive straight for 200m, turn left, then right when in front of hotel Larix, and few meters of rough road later you’re already by the apartment building.

Some distances from major cities:

By train or bus:

The nearest train station is at Jesenice, where you can board a bus that will take you to Kranjska Gora; it shouldn’t take much more than 30 minutes. There’s also train stations in Tarvisio (Italy) and Villach (Austria) – best is to hire a taxi to reach Kranjska Gora since both stations are some 20km away.

There’s several airports in the vicinity of Kranjska Gora:

Don’t hesitate to contact us in case you’ve got any question regarding your transfer to and from Kranjska Gora!

Prices below are informative only and can be changed without prior notice. 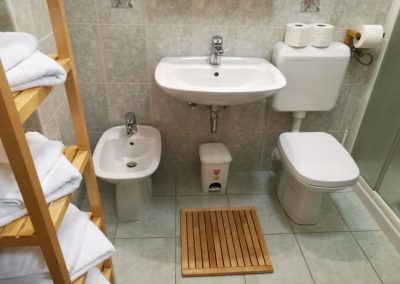 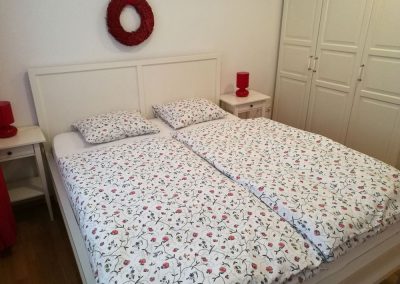 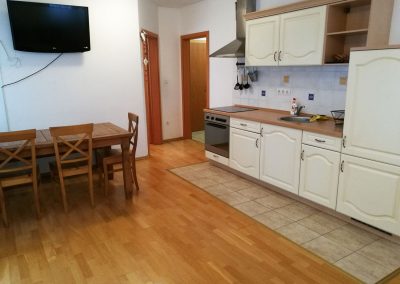 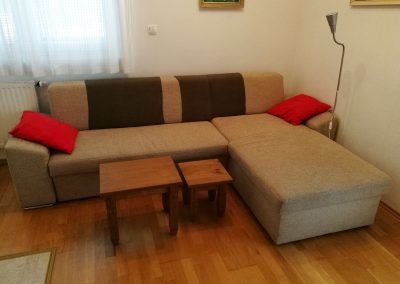 Apartment’s location directly by the skiing slopes guarantees you some perfect comfort. Just step through the door… and you’re at the slopes already. Really.

Of course – skiing, on diverse slopes that will suit all types of skiers, from beginners to advanced ones, from alpine style to snowboarders. If you’re not feeling quite at home on snow-covered slopes, you can find assistance in diverse ski schools that will teach you the basics or more advanced techniques – you can borrow all equipment there as well. Skiing kindergarten is perfect for kids to enjoy their winter holidays while you’re having fun on the snow.

Ski touring is perfect for more adventurous and bolder skiers who would like to try something off the beaten path. Descents from Karavanke are suitable for beginners while trails from the peaks and ridges of Julian Alps are perfect for the more extreme crowd.

Fun on the sledges can be had at all slopes at Kranjska Gora during the day, but night sledging on several well-kept and lit trails in Kranjska Gora and its surrounding areas is great fun too.

Cross-country skiing is possible on more than 40 kilometers of well-maintained trails from Kranjska Gora towards Planica valley deep in the Tamar or towards Gozd Martuljek.

There’s a skating rink next to hotel Kompas Hotel, only some 100 meters from the apartment, where you can borrow ice skates in case you don’t have them.

Beside all classic winter sports you can also try some more adventurous activities in Kranjska Gora, such as ice climbing, hiking with snowshoes, driving a snowmobile or enjoying a fairytale-like reindeer-drawn sled…

If, however, you prefer to just enjoy yourself without too much of excitemenet, there’s a great winter beach just outsided the apartment. 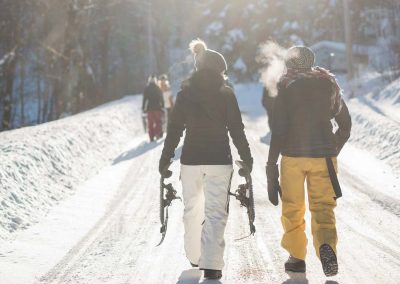 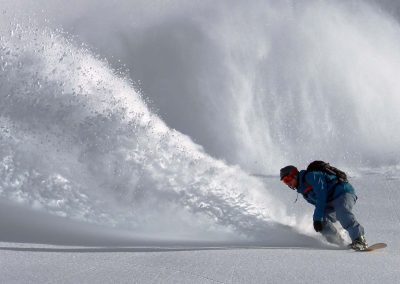 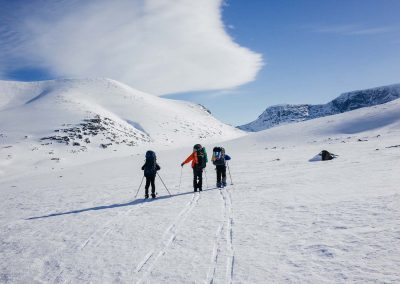 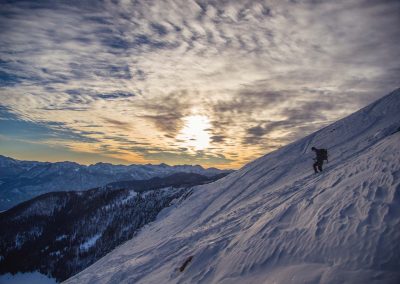 Although Kranjska Gora is known primarily for winter activities, it offers its visitors many things to do in the months when there’s no snow. It is a great starting point for hikes to the peaks of Karavanke or of the Julian Alps, as well as lots of easy but beautiful strolls to many natural and cultural attractions in the area. Dynamic landscape offers many routes for cyclists of all grades, summer sledging or a party of golf could be arranged, there’s all sorts of water sports available, including some excellent fly-fishing nearby… It is also well taken care of children since there’s many playgrounds and several theme parks around.

…and during all other season of the year

The apartment is located in the center of Kranjska Gora, so you can do much else besides enjoying your active holidays. You can go to see various cultural end entertaining events which take place in the town or you can visit neraby hotels for their entertainment programs. You can visit one of the numerous wellness centers (the one in Larix hotel is just few meters away) or try your luck at one of the casinos. And finally, Kranjska Gora hosts lots of pubs and restaurants where you can indulge in local and international delicacies of all kinds… 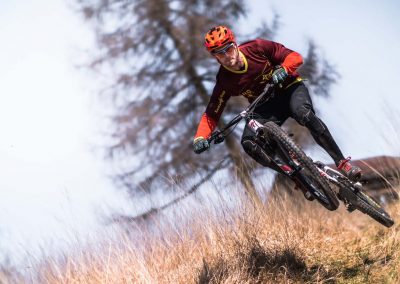 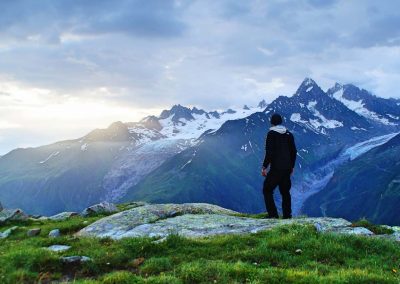 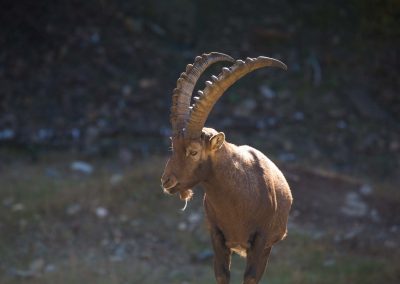 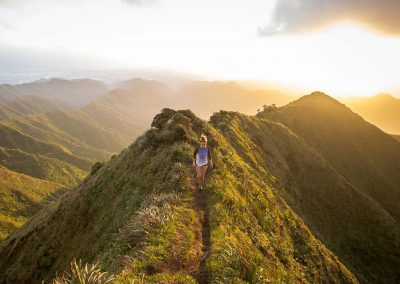 Here’s some interesting and useful websites: